One of the most presitigious festivals in the country, the South Beach Wine & Food Festival is an annual, four-day extravaganza put on by The Food Network in conjunction with Southern Wine & Spirits of Florida and Florida International University. If the eye-popping spread of food, wine, celebrity chefs, tastings, demonstrations, seminars and other events didn’t have you already itching to attend, consider that the festival helps to support FIU’s Chaplin School of Hospitality & Tourism Management, so every bite and sip you savor benefits the next generation of food and wine geniuses.

Taste Washington bills itself as “the nation’s largest single-region wine and food event” and as such, it’s an ideal spot to learn what Washington’s wine and food is really all about. From top Cabernet producers to delicious offerings from local creameries, chocolatiers, restaurants, breweries, and more.

What’s better than 250 wineries and 75 celebrity chefs all assembled to give you the weekend of a lifetime? All that sitting on one of the most beautiful stretches of beachfront property in the western United States. The Pebble Beach Food and Wine Fest is ocean-view dining at its best, with all the raw talent and wine pairings needed to create an incredible, once-in-a-lifetime experience.

Austin is known for its budding and eclectic food culture almost as much as its vibrant music scene, two incredible attributes that are on full display at the Austin Food & Wine Festival. With a little help from FOOD & WINE Magazine and tons of super talented chefs, sommeliers, and winemakers, attendees at this three-day extravaganza will have the chance to absorb more tunes and tasty treats than they ever thought possible.

Few festivals integrate a city’s local restaurants, musicians, chefs, and artisans quite like the New Orleans Wine & Food Experience. Over the last 22 years, the festival’s organizers have put together a top shelf experience that combines grand tastings, special events at dozens of local eateries, promenades in the French Quarter, a finale gala, and much, much more – there is a reason why this event attracts more than 10,000 people every year.

Talented and dynamic local entrepreneurs Dominique Love and Elizabeth Feichter have joined their considerable forces together to attempt to create an event in their beloved Atlanta that would do for the local scene and Southern food and beverage traditions what the Aspen Classic has done for the culinary world in general. Purchase a day pass, three-day pass, or just check out the tasting tent and enjoy a glimpse (or dive headfirst) into the delicious world that is sophisticated and heartwarming Southern hospitality.

Whether you grab a single ticket to BottleRock or pony up for a three-day pass, you’ll have bought your way into what the organizers call an “Ultimate Celebration.” Fill your belly with food ranging from BBQ and sushi to perfectly iced cupcakes and wash it down with selections from the region’s top wineries and breweries. Take a break from the food frenzy and nab a spot in front of one of four stages to check out over 60 top-notch bands, all at one awesome price.

If you dream of mingling with the culinary stars and rub elbows with some of the world’s most renowned winemakers while you’re eating the incredible food and wines they created, few places will grant your wish with more impressive flair than the Food & Wine Classic in Aspen. Head to Aspen and enjoy all the talent you know and love from top-rated television shows like Top Chef and MasterChef and publications like FOOD & WINE while attending demonstrations, lectures, and all out gorgefests set against the unbeatable backdrop of snow-capped mountains.

The Sonoma Wine Country Weekend is a chance to mingle with the people responsible for some of the best food and wine in the world. Over the course of three days, attendees have the opportunity to hang out with and sample the creations of more than 200 Sonoma winemakers, growers, and chefs. All proceeds from the weekend go to support local charities, resulting in more than $12 million in donations since the festival’s inception.

Without a doubt the longest festival on our list, the Epcot Food & Wine Festival spreads varied offerings like food and beverage demonstrations, tasting booths, celebrity chef appearances, concerts, and a Wine & Dine marathon over two months of sheer culinary bliss, all centered in one of the happiest places on Earth.

Head to the NYCWFF and enjoy one of the world’s most dynamic cities and interesting, ever-evolving dining scenes while supporting and incredible cause. What began as a one-night event in the fall of 2007 has grown into an annual festival that supports hunger-relief programs like Share Our Strength’s No Kid Hungry campaign and the Food Bank for New York City. By stocking their festival with tons of big-name chefs, winemakers, spirit producers, and celebrity food and wine personalities, NYCWFF has raised more than $7 million dollars to date.

At the Napa Valley Film Festival movies, food, and wine combine their considerable powers to create five full days of incredible entertainment and dining experiences. This year’s festival will feature 125 films, 200 filmmakers, 50 chefs, and 150 wineries, all dedicating to supporting each other’s creative ventures and offering the public the chance to celebrate independent film as well as the tail end of Napa Valley’s annual harvest.

Master sommeliers leading informative classes, countless tastings, celebrity chefs everywhere you look, and enough gambling and show opportunities to keep you busy in between nibbles and nips. This year’s dates haven’t been announced quite yet but if the past four years of this event are anything to go by, you should pencil in some free time in the fall so you can snap up tickets as soon as they’re available. 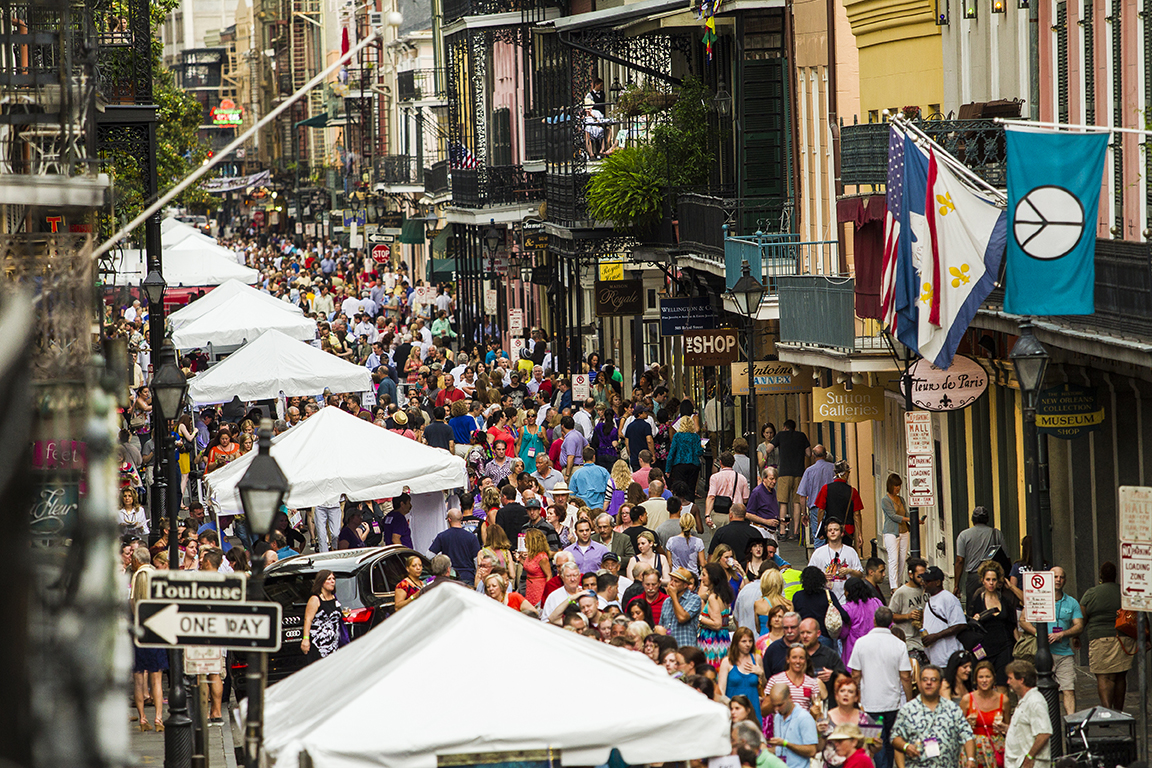 Rise of the House Chapoutier
Next