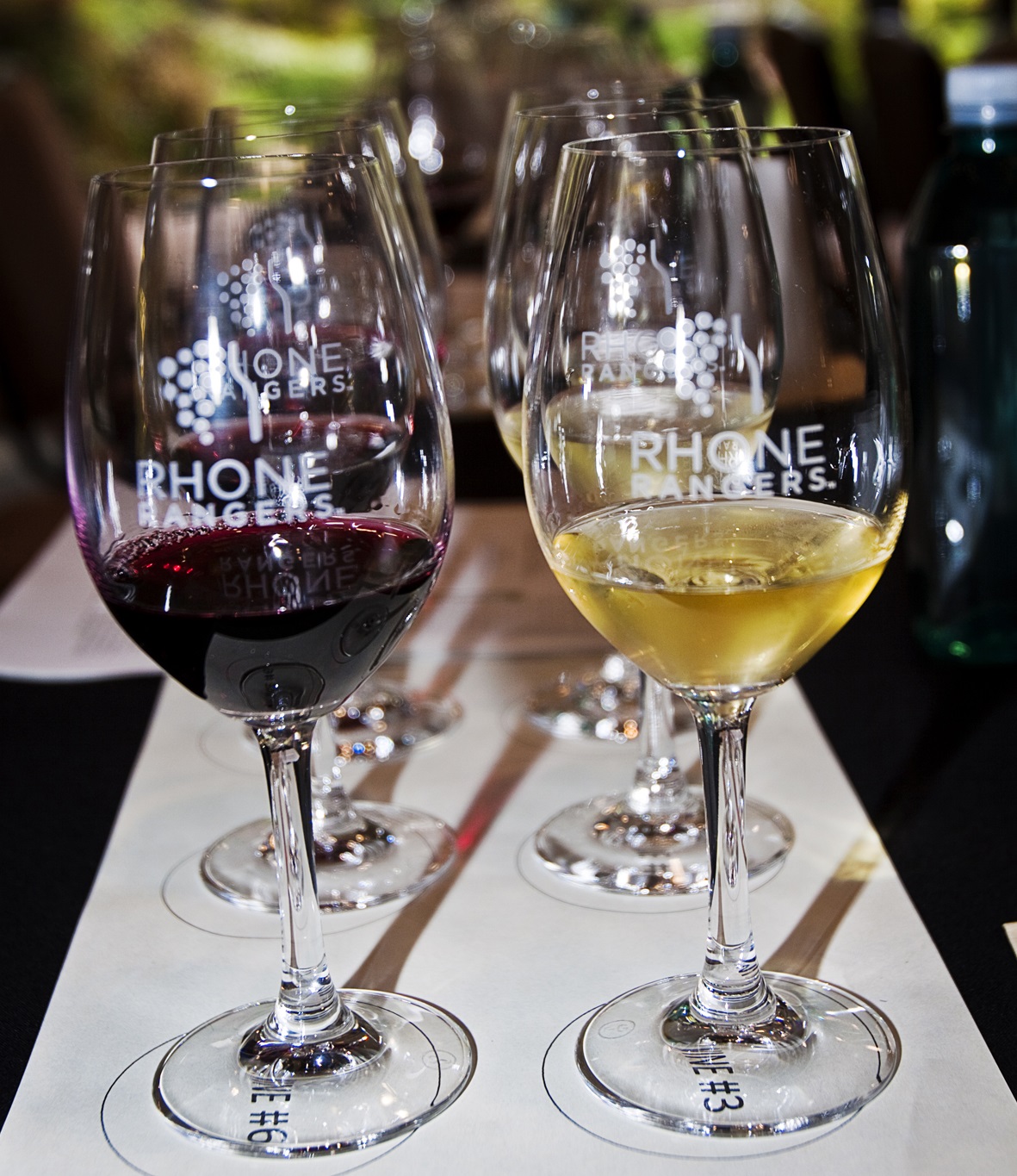 Whether real or perceived, wine comes with a lot of allegiances. People find themselves with an affinity for a certain varietal, style, appellation, winemaker, or producer and it’s hard to shake those loyalties; they’re deep seated and strong.

While many people clamor for First Growth Bordeaux or won’t drink anything but Mosel Riesling, there exists a group of people whose obsession takes on a very unique shape. This group of talented winemakers has dedicated themselves to promoting American-made wines featuring Rhone varietals and in a stroke of laughter-tinged genius, they’re called the The Rhone Rangers.

Rhone is Where the Heart Is

Way back in the 1980s, when legwarmers were de rigueur and California wine was still establishing its own personal style, a group of pioneering winemakers bonded over their love for some distinctly old world varietals.

While much of the country (and producers in California in particular) was clamoring for oaky Chardonnay and tannin-tastic Cabernet Sauvignon, these visionaries craved the distinctive flavor of grapes like Grenache, Syrah, Viognier, and Mourvedre.

The group’s marketing efforts made some headway, and by 1990 there was enough public demand for these “New World Rhone” wines to justify investing in some long-term plans. In one noteworthy instance Robert Haas, an American wine importer, joined forces with renowned Rhone producer Château de Beaucastel to bring over cuttings from the Rhone Valley to be planted in the United States. They established their new vineyard in Paso Robles and called it Tablas Creek. The Tablas Creek Vineyard centered on producing wines in the style of classic Châteauneuf-du-Pape, and so clones of Counoise, Grenache Blanc, and Picpoul Blanc made their first foray into California.

Far from hoarding their new stash of transplanted vines, the vintners were eager to share their passion with their colleagues. Alban Vineyards, Unti Vineyards, and Domaine de la Terre Rouge, among others, were eager try their hand at this “new” style and soon started importing their very own clones.

The Rhone Valley is, as one might suspect, situated on either side of the Rhone River in the southern part of France. The region is divided into two sections, North and South. Northern Rhone reds are almost always monovarietal Syrahs (in fact, Syrah is the only red grape allowed by law) and whites including Marsanne, Rousanne, and Viognier. Wines from Southern Rhone are the epitome of masterful blending, taking full advantage of the 13 approved grapes of Châteauneuf-du-Pape to create a finished product that is addictive in its succulent complexity.

In total, there are 22 grapes recognized by the French government for use in Rhone wines. Principal red Rhone varietals include Syrah, Grenache, Mourvedre, Cinsault, Carignan, Petite Sirah, Counoise, Muscardin, Picpoul Noir, Terret Noir, and Vaccarese. White varietals approved in the Rhone Valley include Viognier, Roussane, Marsanne, Grenache Blanc, Bourboulenc, Clairette Blanc, Picardin, Muscat Blanc a Petits Grains, Pocpoul Blanc, and Ugni Blanc. To be an official Rhone Ranger selection, these 22 grapes must make up at least 75% of a wine’s composition.

Given the wide range of grapes available for use, it’s no surprise the resulting wines can range quite dramatically in both flavor and body, especially in blend wines from the south, however some tell-tale characteristics remain, tipping off tasters as to the Rhone varietals in their glass. Syrah itself is boldly fruity with a significantly peppery and savory bottom end. When blended with other Rhone reds like Mourvedre and Grenache, smoky and salty notes, not unlike the kind you would find in barbecued meats or jerky, often result. When it comes to whites, the increasingly common California Viognier present with the delicately perfumed and generously honeyed flavors the grape is known for world over and several American producers are crafting white blends that seek to combine the best of French vines with all American terroir has to offer.

Today the Rhone Rangers have evolved from a loosely knit group of like-minded friends into a non-profit organization that, according to its mission statement, is dedicated to “advancing the knowledge and enjoyment of Rhone wines produced in America.” The merry band of vintners is headquartered in Albion, California but holds events across the country, including tastings, lectures, and dinners, for industry insiders and consumers alike.

The Rhone Rangers website (http://www.rhonerangers.org/) includes a wealth of information on both Rhone varietals as well as links to regional chapters of the organization which currently include Paso Robles, North Coast California, El Dorado, and Santa Barbara. There is also a full list of members, giving interested parties a way to find a tasting, tour, producer, or retailer that shares the Rhone Ranger mission.

Several Rhone Ranger-funded research projects are n the works, including a study on canopy management and one on how marine extracts affects berry set, proving that these notable winemakers are not content to sit on their well-deserved laurels. In addition to changing the landscape of California wine and introducing a thirsty nation to a whole host of varietals they may never have discovered otherwise, the Rhone Rangers are also involving a whole new generation of chef and sommelier innovators through their Travel Study Grant, presented in partnership with the James Beard Foundation.

With such balanced and beautifully complex wines being produced from Rhone varietals,

it's no wonder they're ever increasingly finding a home in the heart of American producers and wine drinkers alike, and thanks to pros like the Rhone Rangers rallying the wine community around their very worthy cause, it's safe to say that the state of California wine will continue to be a very exciting (and mouthwateringly delicious) one.

Alana Luna
Alana is a freelance food and wine writer currently living in Las Vegas, NV. She is a lifelong hospitality enthusiast, having been born into the industry and raised in restaurants (and perhaps the odd bar or two…). Prior to writing full time, Alana worked on the Las Vegas Strip where she was lucky to learn from some of the leading wine professionals in the world while tasting some of the very best bottles wine country (in the broadest sense of the term) has to offer. Above all, she believes in the power of a really good story, and stories involving food and wine are her very favorite tales to tell.
You might also like...
Bonny Doon VineyardChâteauneuf-du-PapeWine
MORE
Read More
170 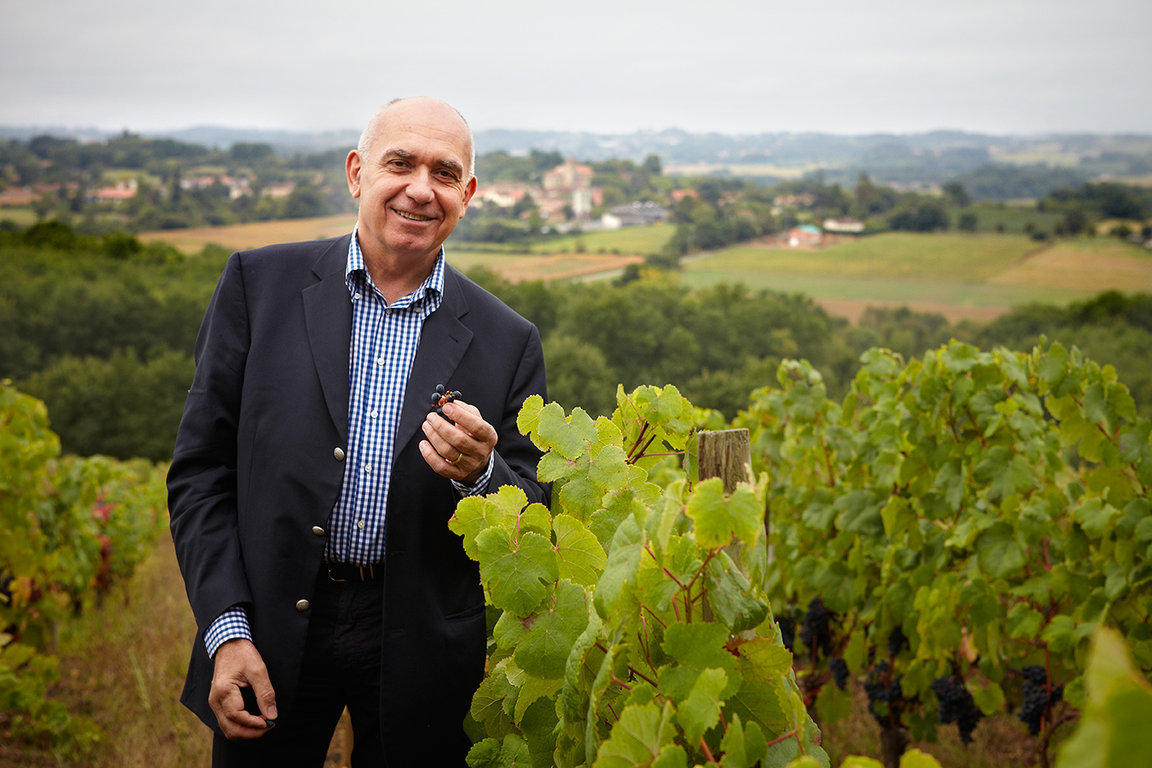 The Heart of Pinot Country: Oregon’s Domaine Serene
Next