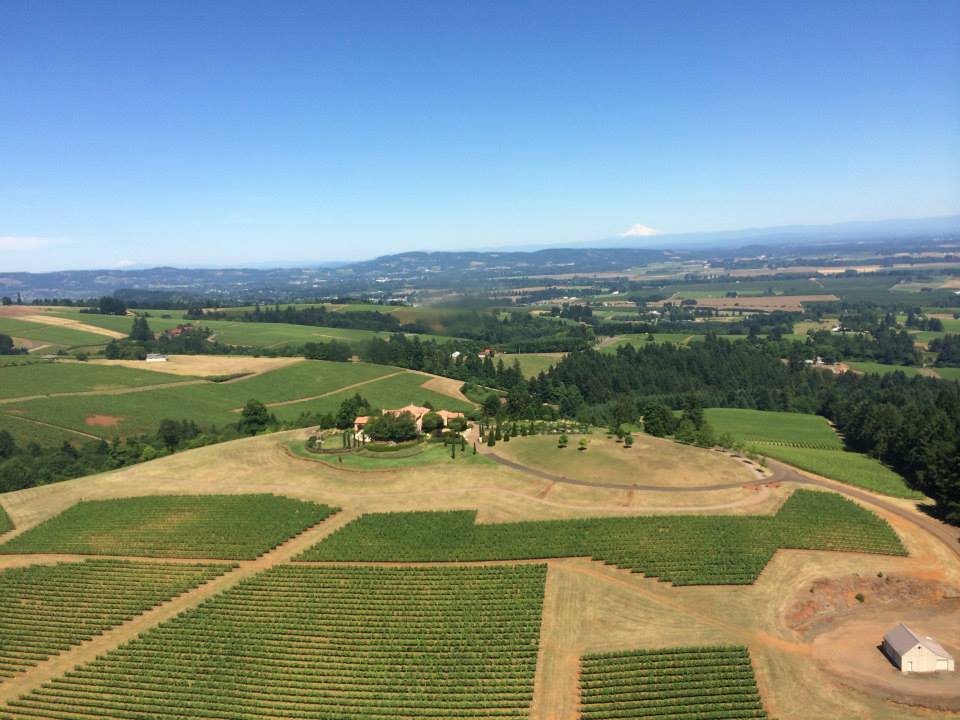 Turning the dream of someday having a winery into a fully tangible reality requires quite a bit of foresight,

but for Ken and Grace Evenstad, things were a little cloudier. Literally. On the day that this enterprising couple purchased 42-acres of recently logged land in Dundee Hills that would one day become Domaine Serene, the region was cloaked in a thick layer of fog.

One can only imagine the leap of faith necessary to sign on the dotted line when you can barely see your hand in front of your face, let alone get a gander of the parcel you’ll soon call home. They signed nonetheless. When the sun came out in Willamette Valley, Oregon, the Evenstad’s vision was anything but unclear.

A Passion for Pinot

It’s no secret that Willamette Valley is a veritable Pinot Noir paradise. The area sits on the same longitudinal lines as Burgundy and bears a similar climate, making it the perfect stateside spot for creating wines powerful and complex enough to challenge their Old World counterparts. The Evenstads knew this, of course, as their love for the grape runs deep.

Grace is quoted as saying “Pinot Noir knows everything you’ve done to it and always remembers.” Words like those speak as much to her knowledge as it does her passion.

Domaine Serene produced their first wine in 1990. It was immediately well received by consumers and critics alike, including the renowned Robert Parker who gave the wine 90 points. For a while the wines were made in a converted glove factory in Carlton, Oregon, which they shared with winemaker Ken Wright. In 1994, the Evenstads purchased an historic brick building also in Carlton, and converted it into a winery of their own.

Over the years, the Evenstads have slowly grown their enterprise, adding contiguous plots around the original estate and purchasing hilltop property further north as well as 90 acres in Eola-Hills. The production facilities have gotten bigger and better, as have the accolades. But what, really, makes this Pinot so very special?

Keep Calm and Coax the Pinot

The Evenstads’ work revolves around the idea that Pinot, a finicky and sensitive grape, is best when left to its own devices. A five-level gravity flow system lets nature do the work of draining the grape’s juices, forgoing forceful machinery and pump systems in favor a gentler approach. This way, the likelihood of seeing crushed seeds and tasting the harsh, astringent result is lessened. There’s a financial burden to gravity flow systems, but the cost/reward trade-off here seems undeniably in the Evenstads’ favor.

The couple is also dedicated to consistency. Whereas many great châteaus produce wines that vary in quality year to year, Domaine Serene dominates the Pinot rankings vintage after vintage. The wine’s signature velvet-like texture and balance is a product of the aging process, a combination of time spent in both air-dried barrels and in the bottle. Their portfolio is impressive, including the tasting notes of the Evenstad Reserve Pinot Noir: “Think about strolling along the damp Oregon earth through a fog-laced thicket rich with black fruit, ripened and hanging heavy on the vine. You can still faintly taste that morning’s breakfast consisting of a buttered slice of spice cake and topped with a smear of raspberry jam, and the wind is hinting at salty rain heading inland from the Pacific Ocean.” And the Chardonnay is similarly mind blowing.

Longtime winemaker Tony Rynder left the vineyard in 2009. Elni Papadakis took over until 2011, when current winemaker and former Adelsheim employee Erik Kramer came on board. Kramer was a corporate geologist in the oil industry before taking a career U-turn and falling in love with winemaking. He got his master’s degree in viticulture and enology from Lincoln University in New Zealand, then returned to Willamette Valley where his work has been impressing palates ever since. He aims to maintain the status quo, but don’t mistake that for complacency; achieving Domaine Serene’s signature silky, layered, and harmonious style year after year is a daunting goal. If the vineyard’s current reputation is any indication, he is using his scientific training and years of experience to great effect.

In 2005, the 2013 Domaine Serene Evenstad Reserve swiped the third spot on Wine Spectator’s annual “Top 100” list of the world’s best wines. This comes after decades of consistently high rankings in nearly every wine publication available. In the same year, the winery’s 1998, 1999, and 2000 vintages dominated comparable offerings from Domaine de la Romanee Conti during a blind tasting.

Whereas some people derive pleasure from constantly tinkering with the formula responsible for their success, pushing boundaries and blurring the lines of tradition, the Evenstads and their capable team remain steady at the helm and continue to produce incredible wines. They are arguably the heart of Oregon’s Pinot country, both as a couple and as producers, and maintaining that level of mastery, finesse, and overwhelming popularity is a feat all in itself.

Alana Luna
Alana is a freelance food and wine writer currently living in Las Vegas, NV. She is a lifelong hospitality enthusiast, having been born into the industry and raised in restaurants (and perhaps the odd bar or two…). Prior to writing full time, Alana worked on the Las Vegas Strip where she was lucky to learn from some of the leading wine professionals in the world while tasting some of the very best bottles wine country (in the broadest sense of the term) has to offer. Above all, she believes in the power of a really good story, and stories involving food and wine are her very favorite tales to tell.
You might also like...
Domaine SereneDundee HillsWine
MORE
Read More
380 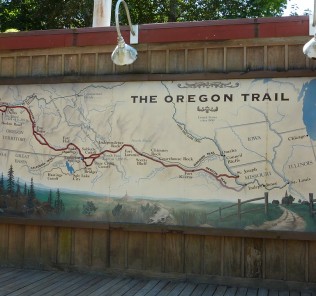 48 Hours in Willamette Valley
Next