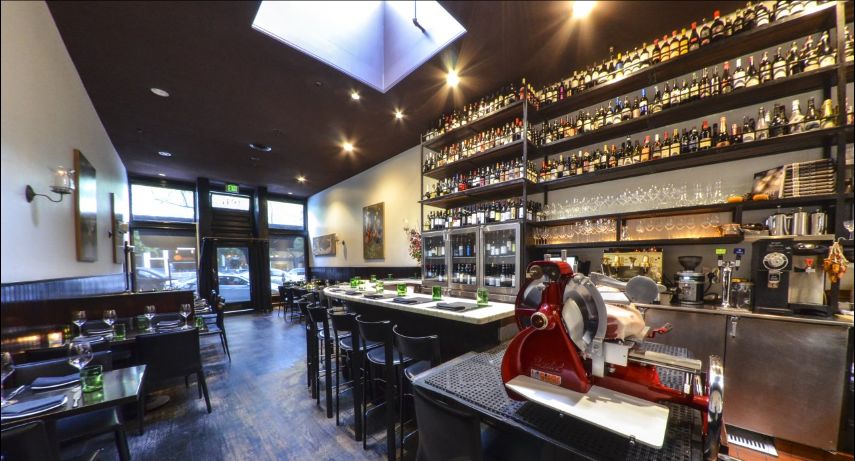 Anyone who names a restaurant SPQR should be expected to know a thing or two about Italian history and culture.

The acronym is translated from Latin to mean Senate and People of Rome, a designation that has been around for thousands of years, since the early times of the Roman Republic.

Rome was a powerful organization of integration, ever expanding and assimilating local cultures into its own. Rules were made and broken all based on one simple philosophy; culture was everything and what was good for the masses was good for Rome.

In the tradition of ancient Rome, SPQR, located in Fillmore neighborhood in lower Pacific Heights of San Francisco, takes the spirit of Italian cuisine and infuses it with the artistry and the agricultural bounty that is Northern California. Driven by the creative soul of Chef Matthew Accarrino and owned by renowned Sommelier, educator, and author Shelley Lindgren, SPQR brings rustic Italian food and wine to the masses in a way that is quintessentially Roman. That is to say, they use what they have, integrate regional influences, and do the little things that others just can’t…or won’t.

Raised with Italian heritage on the east coast, Matthew Accarrino grew up dreaming of being a professional cyclist but switched to food after leg issues forced him to take a couple years to rethink, spending much of that time sitting around and watching Julia Child episodes on TV. That twist of fate led Matthew to decide to become a chef. Accordingly, he took positions in kitchens all over New Jersey, graduated with honors from the Culinary Institute of America, worked in restaurants in and around Rome, and spent time working for and learning from the who’s who of American culinary royalty.

That’s one of the reasons why I’m here in San Francisco – the long growing season, lots of ingredients. My cuisine is ingredient-driven. It’s a given that we’ll look for the best ingredients that we can find. The question is what we’ll do with them.” The only thing that’s more important than ingredients is how the final product tastes. “No matter how it looks or how cool it sounds,” he says, “if it doesn’t taste good, it doesn’t work. 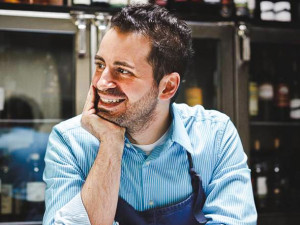 SPQR. His menu is centered around artisan pasta and primi (first or single course that is usually more hearty with proteins and carbs combined) and featuring seasonal ingredients at all levels of development. As the menu says, “We work with local products & cook with the seasons.” The results? How about parsnip ravioli with smoked honshimeji mushroom and espresso bellavitano cheese or smoked linguini with clam, bacon, san marzano tomato, and wild arugula pesto?

As much as Rome was an assimilation culture, it also did its fair share of projection. Just as the modern world would be different without Roman innovations such as bound books, concrete, paved roads, and calendars, what would the world of wine be without Italian wine? Italy does produce over 20% of the world’s wine, after all….

This is where SPQR shines, offering one of the best Italy-centric wine lists this side of the Atlantic.

Shelley Lindgren is the Wine Director and pioneer behind the SPQR wine list and takes pride in discovering and offering guests many of the most well known and loved Italian wines, as well as many that are surely unknown to the casual wine lover. With over 3000 different varieties, Italian wine culture can be a bit overwhelming, but Lindgren has spent years researching and tasting to bring the best to her guests.

The result is a wine list that boasts 40 wines by the glass and another 200-plus by the bottle, broken out by region, and sprinkled with a couple wines from France, Croatia, and Slovenia, among others.

It’s not just about lists for Lindgren. Her history as a restaurateur and educator at the Culinary Institute of America and Tante Marie, combined with numerous awards in the business, have helped her develop a philosophy of passion, sharing, and teaching her guests (and staff) about wine.

When combined, Chef Accarrino’s creativity, flexibility, and adaptability to the seasons and available ingredients along with Lindgren’s passion and extensive knowledge of Italian wine varietals, the result can be a special dining experience worthy of books being written about it…like “SPQR: Modern Italian Food and Wine” by none other than Shelley Lindgren and Matthew Accarrino.

Hotel Cheval: Cowboy Chic at Its Finest
Next