Luke Dale Roberts: The Global Evolution of a Chef

Your food is a reflection of the life you’ve led.

In one simple sentence, Luke Dale Roberts eloquently summed up what regularly takes food critics a thesaurus and several hundred words to express. It’s a simple concept and not necessarily a new one, but for a chef bubbling to the surface of the South African culinary melting pot, it’s an important one.

While many celebrity chefs continue to stock bookstore shelves with tomes honoring the farm-to-table mentality and the slow food movement, Luke Dale Roberts fills his restaurant’s larders with ingredients sourced from locales as foreign to his current home outside of Cape Town as he once was. Unique is an overused word, but delve into this chef’s globe-trotting background over a plate of his foie gras with cinnamon poached guava, halva croquette, and pulled biltong (a, shall we say, odiferous South African version of jerky), and a more apt description of this rising star and his creations may not exist.

Building a Culinary Point of View, One Country at a Time

Though he was born in Britain, Luke Dale Roberts began his culinary training at the Baur Au Lac Hotel, a top tier establishment in Zurich, Switzerland that offered him an invaluable introduction to the white-coat world of professional cooking. He eventually returned to London to work under Kevin Hopgood at Elenas L’Etoile, absorbing classic French techniques, then onward to Soho House Media Club where, in his role as executive sous chef, he filled the bellies of celebrities like Oasis, Kevin Spacey and Madonna.

In 2000, Luke Dale-Roberts was offered his first executive chef position with the Accor Hotel Group, a massive opportunity which would soon take him to Singapore, then Malaysia, then South Korea. Dale-Roberts once said, “my time in Europe taught me to cook; my time in Asia broadened my horizons,” and by the time he opened Spiral, a restaurant in Manila specializing in melding Japanese, Chinese, Korean, Indian and Mediterranean influences, those increasingly broad horizons were deliciously evident.

Luke Dale Roberts migrated to Cape Town, his wife’s homeland, in 2006, where he became the executive chef of La Colombe, a restaurant on the Constantia Uitsig wine estate. His leadership and a contemporary French-meets-Asian menu garnered the eatery the title of “Acqua Panna Best Restaurant in Africa and Middle East” in 2010 and the 12th spot on San Pellegrino’s “50 Best Restaurants” list the same year.

Dale Roberts opened The Test Kitchen in 2010 where, for the first time, his creativity and craving for experimentation could flit about unfettered. With no rules and no one but himself to report to, he created a menu every bit as varied as his resume. The restaurant’s open kitchen is like a window into his brain; he cooks alongside a well-practiced team, their movements perfectly in-sync, the reality show-type screaming and yelling some chefs are known for replaced by a studied seriousness and methodic calm that is almost as intriguing to watch as the food is to eat.

The tasting menu at The Test Kitchen is Luke Dale Roberts on a series of colorful, artfully arranged plates. 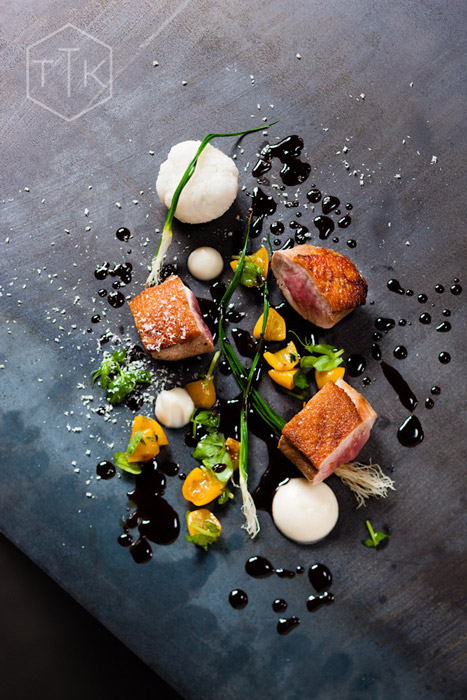 Shallow wooden vessels and stone slates provide a neutral, organic background for a spread of ingredients that look like the carefully coifed hairdos on high-fashion runways – at first glance each offering has a beautiful yet very haphazard appearance that belies the meticulous process behind its creation. Dale-Roberts clearly has a passion for the interplay of color and texture, but his skill is about far more than appearances.

Forking through one of the chef’s dishes is sort of like running into someone you know from work out at a bar; there’s something recognizable about what you’re seeing, but without the usual context it takes a minute for your brain to catch up. You may not be surprised to encounter a cauliflower and pine nut puree in the Mediterranean, but its appearance on a restaurant menu in Cape Town, especially when paired with pan-fried line fish, sous vide fennel, a warm Nicola potato and Patagonian squid salad, a tantalizing dill veloute and the bouncy acidity of a caper and herb salsa, is an eye-opening experience.

Luke Dale Roberts credits much of his palate-perking approach to food to his time in Asia. “The type of food I cooked and ate there and on the streets on off days, left an incredible impression on me. It was punchy in flavor, well balanced and exciting. It’s influenced my personal style greatly.” He strives for balance, both in composition and in actual taste, and the combinations are transportative.

As might be expected from a restaurant so close to wine country, wine features prominently into the restaurant’s story. Sommelier Wayve Kolevsohn says the wine list has been “created with the principle of ensuring quality, uniqueness, variety and balance,” a philosophy that sounds very much Dale-Roberts-esque. Bottles from neighboring vineyards like Silverthorn, Raats Family, Quoin Rock and Beaumont all help anchor the otherwise exotic cuisine with an infusion of local flavor, adding yet another intriguing layer to the ever-evolving vision Dale-Roberts continues to shape.

The Tests Kitchen is not the place to go for comfort food. It’s not a restaurant to visit if you like to request substitutions or if you have a fear of the exotic; while the chef may very well be the accommodating sort, the genius here is in the way Luke Dale Roberts has managed to marry ingredients that, on the face of it, have no business being together. To dine at his restaurant and not put yourself into his very capable hands would be tantamount to culinary sacrilege. You may not like everything you taste, as is almost inevitable with a menu this ambitious and far reaching, but you will remember every bite.

In the four years since Luke Dale Roberts opened The Test Kitchen, he has snagged a number of impressive accolades. The restaurant is slowly crawling its way up the World’s 50 Best Restaurants list and won the “Cacao Barry One to Watch Award” in 2013, and Dale-Roberts himself won Chef of the Year at the 2011 Eat Out DStv Food Network Restaurant Awards; combine those recognitions with frequent critical praise and it’s clear that the chef is continuing to build on his already impressive momentum.

Dale-Roberts has added a more casual eatery called the The Pot Luck Club to his portfolio, offering guests small plates under the headings of Salty, Sweet, Sour, Umami and Bitter both at the flagship location in Cape Town as well as at a pop-up location in the ski resort town of Verbier, Switzerland. As with The Test Kitchen, Dale-Roberts says “there’s a feeling, a story and a multi-sensory element to most dishes,” though at The Pot Luck Club the story may be a little shorter and more easy to read.

The chef says his future plans involve taking his brand “as far as [his] creative character can.” He recognizes the broad appeal of the multi-cultural cuisine he creates and thrives on continuing to bring in elements that surprise, enrapture and sometimes even puzzle his diners. He believes that the South African food and wine scene as a whole is picking up speed too, with the variety of suppliers and global recognition both steadily increasing. With chefs like Dale-Roberts leading the march of South African restaurants onto the world’s culinary landscape, it’s sure to be an interesting journey.

Alana Luna
Alana is a freelance food and wine writer currently living in Las Vegas, NV. She is a lifelong hospitality enthusiast, having been born into the industry and raised in restaurants (and perhaps the odd bar or two…). Prior to writing full time, Alana worked on the Las Vegas Strip where she was lucky to learn from some of the leading wine professionals in the world while tasting some of the very best bottles wine country (in the broadest sense of the term) has to offer. Above all, she believes in the power of a really good story, and stories involving food and wine are her very favorite tales to tell.
You might also like...
Cape Town
MORE
Read More
1095 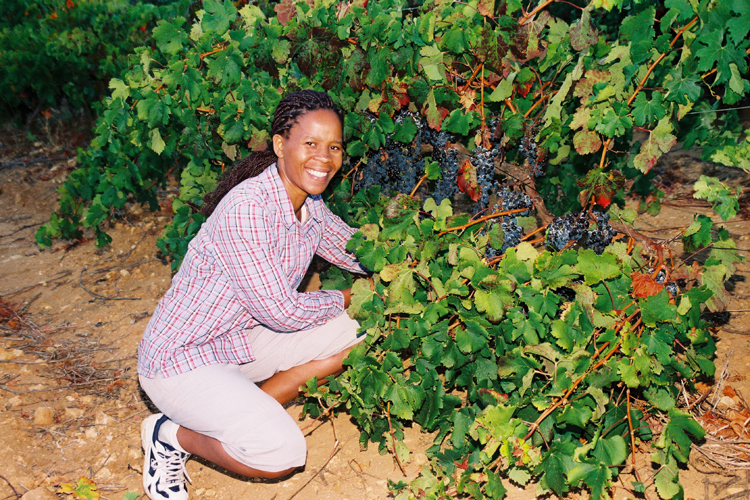 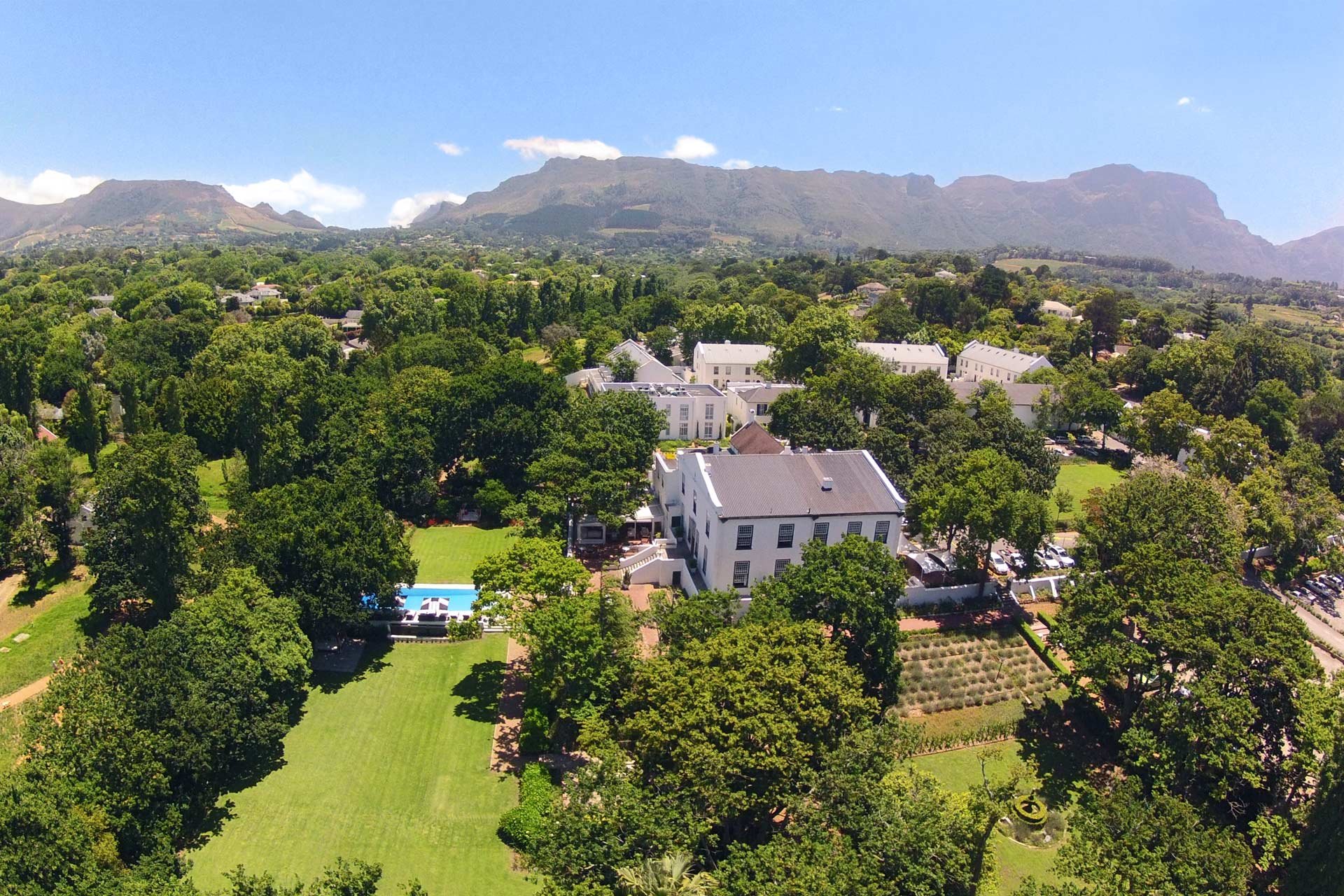