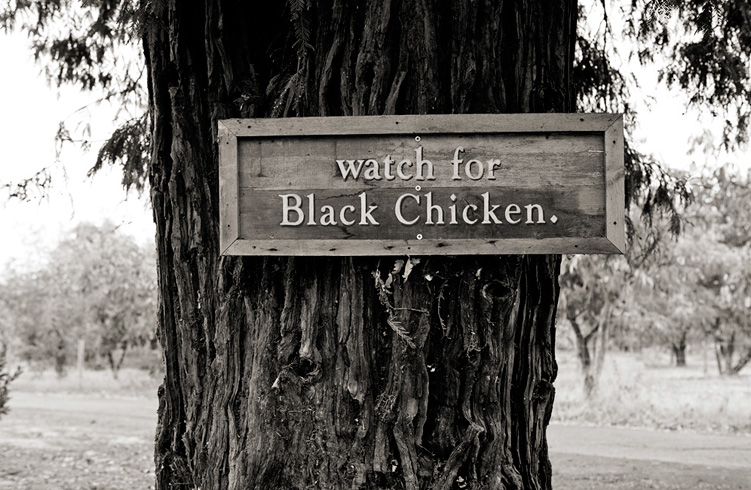 Along with the eggs and produce, a teenaged Aldo began discreetly selling his homemade wine to a few wine-loving Napans. Because his rural home phone was a “party line” frequented by nosy eavesdroppers, enterprising Aldo used a code name whereby his customers could order wine without the risk of revealing his secret Zinfandel operation. Thus “Black Chicken” was born – the nickname for a jug of homemade wine from young Aldo’s barrels hidden in the barn. Image by https://www.biale.com

Along with the eggs and produce, a teenaged Aldo began discreetly selling his homemade wine to a few wine-loving Napans. Because his rural home phone was a “party line” frequented by nosy eavesdroppers, enterprising Aldo used a code name whereby his customers could order wine without the risk of revealing his secret Zinfandel operation. Thus “Black Chicken” was born – the nickname for a jug of homemade wine from young Aldo’s barrels hidden in the barn. Image by https://www.biale.com

Why would anyone in the Napa Valley grow anything other than Cabernet Sauvignon?

It’s a solid question. Napa is one of the great Cabernet producers in the world…maybe the greatest. Farmers get nearly $6,000 per ton of Napa Cabernet grapes, twice that of, say, Chardonnay, Syrah or even Zinfandel. In fact, Bordeaux grape varietals (Cab, Petite Verdot, Cab Franc, etc.) make up the bulk of the top 10 grapes produced in Napa and crush the others in price by a ton…no pun intended. By comparison, Italian grape varietals make up just a fraction of what is planted in what is one of the best grape growing regions in the world.

Why would anyone grow Italian varietals in California?

They’re clearly not trying to make money with them. It’s bad business. Well, as an Italian, I can tell you that history has shown that we know a thing or two about passion and wine that always supersedes any bad business decisions.  After all, Italians have been making wine for thousands of years. California, just a little over 300. So, why are California wineries experimenting with Italian varietals, and not just for blending? Is this a hobby? A trend? A movement? It’s tough to know because each will give you a different answer. But the fact that more Italian wines are coming out of California is a cool thing.

Even though climates are similar and wineries are using the same Italian grapes, the different micro-climates and soil makeup produce wines that are very different. Wines made from Italian grapes from California tend to display full and bright fruit characteristics with lower levels of the acids than the same grape grown in Italy. They are almost more “simple” than the Italian versions, which can be described as more “complex.” The Cal-Italians can be more approachable to the average American wine consumer who is not as familiar with these wines, and not willing to put the intellectual work into them to assign them as high a value as other, more traditional,

There are well over 100 California wineries, over 30 in Napa, currently producing Italian varietals and many of them have reached cult status and are hard to find consistently. Will it grow? Is this a hobby? A trend? A movement? Either way, We’ll see where it takes us. Until then, grab a few bottles when you can and see for yourself.

Sangiovese – Probably the most planted Italian varietal in the valley, and usually blended into American-style Super Tuscans, with the addition of small amounts of Cabernet or other local grapes. California Sangiovese is fruity, spicy and is a perfect blend to pizza and pasta with tomato sauce.

Barbera – The little brother of Nebbiolo in Piedmont, but a little easier to grow in California and has actually been around since the late 1800’s. It’s more at home in varied soils and climates, making a second home California almost perfect.

Nebbiolo – Probably the best Italian grape variety, responsible for the finest Barolo, but finicky and difficult to grow. Nebbiolo is more light, delicate, but when it’s right, the acids and tannins make for a Napa wine that will age well and taste great.

Primitivo – Genetically, Primitivo is extremely similar to Zinfandel, one of California’s signature grapes. In fact, Primitivo and Zinfandel are actually both clones of a Croatian grape called Crljenak. Primitivo wines are full of fruit and fun and are perfect for a summer wine. Not many wineries are producing Primitivo, but when you can find one, drink it.

Antica Napa Valley – Owned by the famed Antinori family of Tuscany. Although a traditional Napa varietal vineyard here in the States, they know a thing or two about making Italian wines. Selection: 2012 Sangiovese – $35

Castello di Amorosa –  They are staking their reputation on their Italian heritage…and their Castello, which is stunning. Selection: 2011 La Castellana, Super Tuscan – $95

Robert Biale Vineyards – Primarily a producer of high quality Zinfandel, Biale is one of oldest Italian families in the Napa Valley to still be growing grapes. Ask for the story of Aldo and the black chicken. Their Barbera, when available, is grown from some of the oldest Barbera vines in the state. Selection: Robert Biale Vineyards Carli-Somerston Vineyards Barbera – $28

Cosentino Winery – One of the early leaders of the Napa Meritage (or blend) movement, Cosentino also produces small quantities of a Nebbiolo and a Sangiovese. Selection: 2012 Sangiovese il Chiaretto – $24 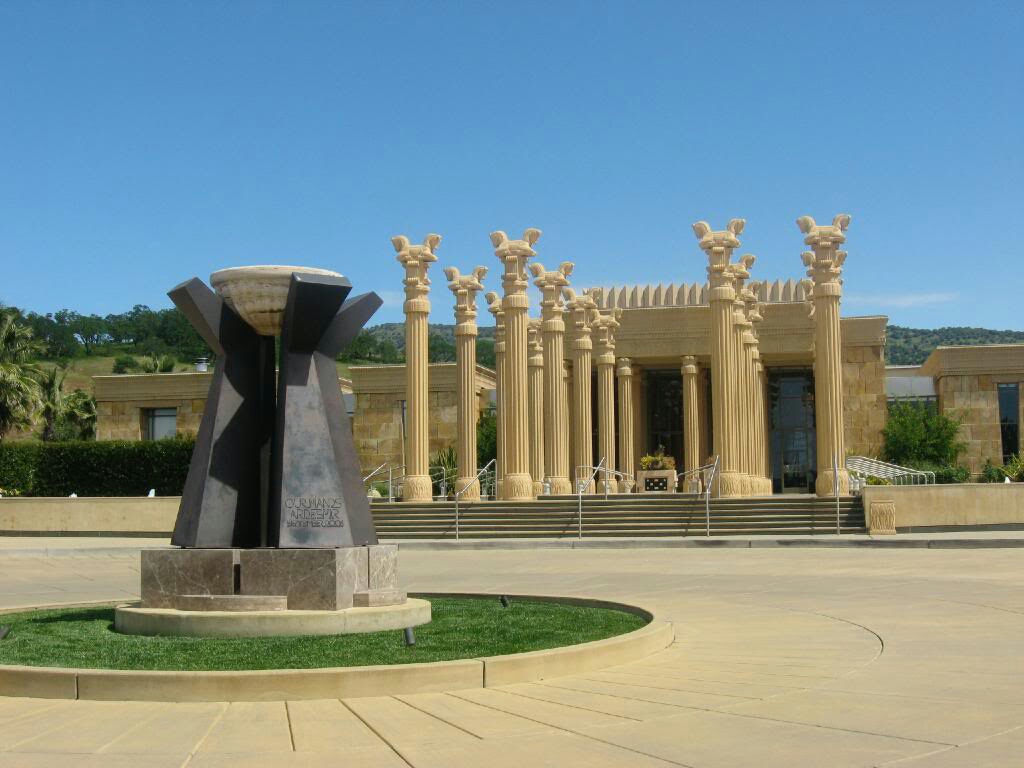 Before Summer is Over Wine Recommendations
Next