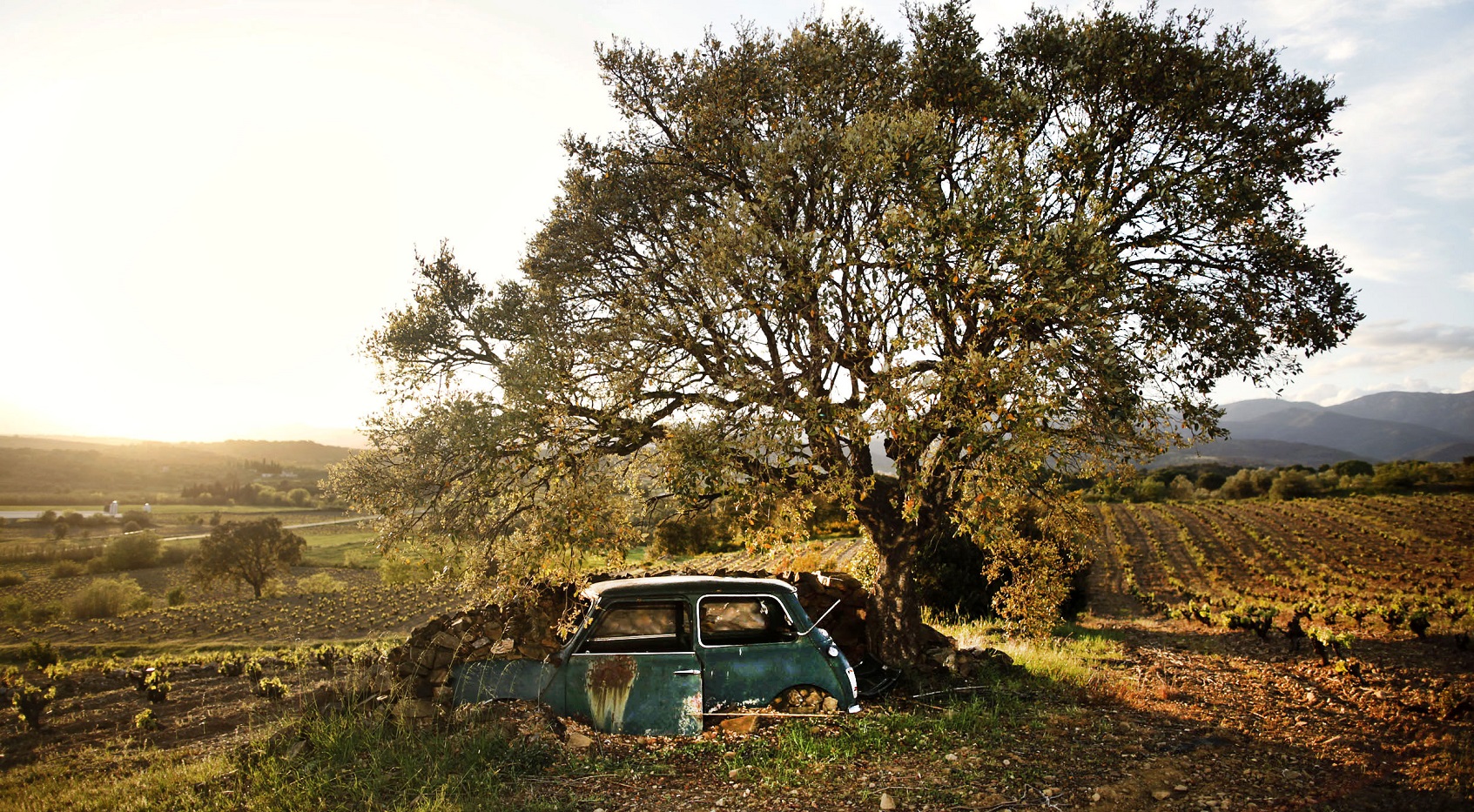 Catalonia is a land of contrasts; mountain foothills and golden beach resorts, tradition and the avant-garde, modern Spain and ancient Occitane Catalan.

The same can be said for its wines.

While the region was the first in Spain to modernize production, many growers are cultivating ancient, almost forgotten native varieties and going back to biodynamic and organic viticulture.  Here, the mystery of matching the soil and the grape make for wines that offer quality, value and excitement, as well as something a little different.

Catalonia is situated along Spain’s northern Mediterranean coast and bordered on the north by the Pyrenees . At its heart is the famous cultural city of Barcelona.  Grapes have been cultivated here for over 2,300 years dating back to the time of the Greek and Roman occupations. During the Middle Ages, the Catholic Church and monastic orders oversaw the vineyards, as they did in most of Europe, and planted many of the grape varieties still grown today.

It’s said that Catalonia is now enjoying one of its best times. Cava, the popular and outstanding sparkling wine, continues to increase in popularity while the diverse terrain allows Catalan to produce a wide variety of wine styles to please the ever-increasing wine drinking public.

There are a total of twelve “DO” (Designation of Origin) in Catalonia. These delineated geographical areas have strict rules of production that guarantee a level of quality. Each of the DO is different in its geography, climate, soils and other elements of ‘terroir’. Each has its own story.

The largest is called simply DO Catalunya and covers most of the region. The majority of the wines are white; dry, fruity and floral, perfect for enjoying with simple seafood dishes. Rosés are delicious, too, many made from a local variety called Listàn Negro. An assortment of red grapes are grown, including familiar names such as Cabernet Franc, Cabernet Sauvignon, Pinot Nor, Garnacha (Grenache), Merlot and many more. 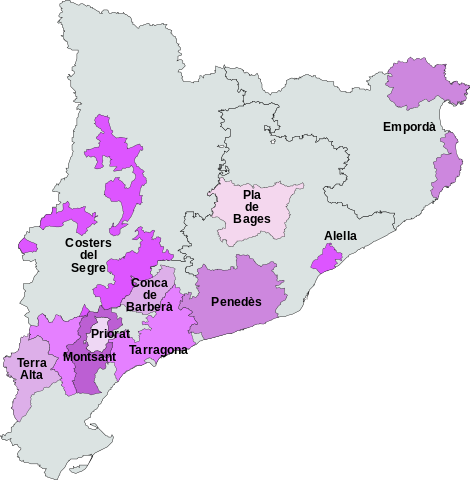 One of the oldest, and largest, DO, created in 1933, is Tarragona. The namesake city at the heart of the region is about 55 miles south of Barcelona on the Costa Dorado (Gold Coast) and boasts some of the finest Roman and Medieval ruins in Catalan.  You’ll discover aromatic whites and cheery rosés, earthy aged red wines made from Carinena (Carignan) Garnacha and Cabernet Sauvignon. The regional specialty is ‘Tarragona Clàsico’, a Port style wine that is wonderful with tapas or dessert.

In the hilly region outside Barcelona, is DO Priorat. Although only about 18 miles from the sea, the area is sheltered by mountains, ensuring a temperate climate for the vineyards, many of which are planted on a distinctive soil known as ‘licorella’. This red and black slate lends a mineral character to the powerful and deep reds of the region, made from Mazuela, Garnacha and Carinena among others. You’ll also find a smattering of whites and rosés.

The vineyards that surround Priorat make up the DO Montsant, which was formed in 2001. The grapes grow alongside olive trees and forests, predominantly on limestone and granite soils. The reds are full-bodied and deep, almost as much as in Priorat and develop a velvety mouth-feel after several years of aging. Many of the vineyards are older and planted to varieties such as Garnacha, Carinena, Ull de Llebre (aka Tempranillo), Cabernet Sauvignon and Merlot.

One of the ‘up-and-coming’ regions is DO Costers Del Segre, which is comprised of seven separate sub-zones, each with its own character, climate, landscape and soils. The most outstanding feature that binds these sub-zones together, and has driven the dramatic improvement in wine quality, is the influx of younger, more technically educated winemakers who respect the tradition of the region and express it through more modern and innovative winemaking techniques.

There are over a dozen international and indigenous grapes grown here which are often blended to produce well-structured reds, fresh rosés and refreshing whites.

One of the most well known DO’s and the one credited with starting the ‘modernization revolution’ back in the 1970’s, is Penedés. Located between Barcelona and Tarragona, Penedés winemakers were the first in Spain to use things like stainless steel tanks and temperature controlled fermentation – very innovative for their time.

Unlike most of the other DO’s, the Penedés region focuses on white wines, mostly crafted from the indigenous grapes Xarel-lo, Macabeo and Parellada, although well known varieties such as Chardonnay, Riesling and Muscat are making appearances.

These are fresh wines, full of floral and citrus notes that pair perfectly with local cuisine. You’ll find some reds and rosés, which are traditionally a blend of Garnacha, Carinena, and Pinot Noir, producing elegant, complex wines.

But the biggest claim to fame of this region is Spain’s wonderful sparkling wine, Cava.  Although this bubbly may be legally produced anywhere in the country, 95% is made in Penedés.

Cava is created in the same fashion as Champagne, known in the rest of the wine world as the ‘Traditional Method’. The second fermentation is done in the bottle and the bottles must be cellared for at least 9 months. Most are made from a blend of three varieties: Macabeo (subtle aromas and balanced acidity), Xarel-lo (full bodied with fresh, lush aromas) and Parellada  (smooth and subtle but with backbone). Chardonnay is now allowed but many producers stay with the tried and true grapes.

The wines can range from dry to sweet, although producers are trending more and more to very dry, or ‘brut nature’ styles which people find more food compatible.

And Cava is a fantastic food wine, especially with some of the most famous local fare such as ‘Tortilla’ – a potato omelet, ‘Suquets de Peix’ – a fish casserole from Costa Brava, ‘Calçots’ – flame roasted green onions from Tarragona, ‘Pa amb tomáquet’ – crusty bread with crushed tomatoes, and Crema Catalan – a delicious dessert crème used to stuff pastries or served like Crème Caramel!

Catalonia, where life is a unique blend of food, art, music and wine!

Hilarie Larson
After settling in Southern California, Wine Educator and Sommelier Hilarie Larson and her husband, Winemaker Craig Larson, decided to create their own venture, Northwinds Wine Consulting, in order to share their devotion for all things wine. The Larsons bring a deep appreciation for the love and labor that goes into every bottle and are thrilled to express that passion through wine education and winery consulting.
You might also like...
Barcelonabiodynamic
MORE
Read More
660 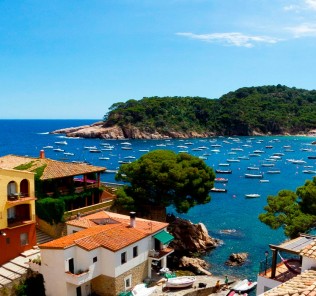 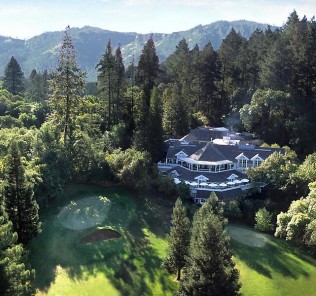 Michelin Stars of the Wine Country
3 Comments
Leave a response

Armagnac – The True Spirit of Gascony
Next