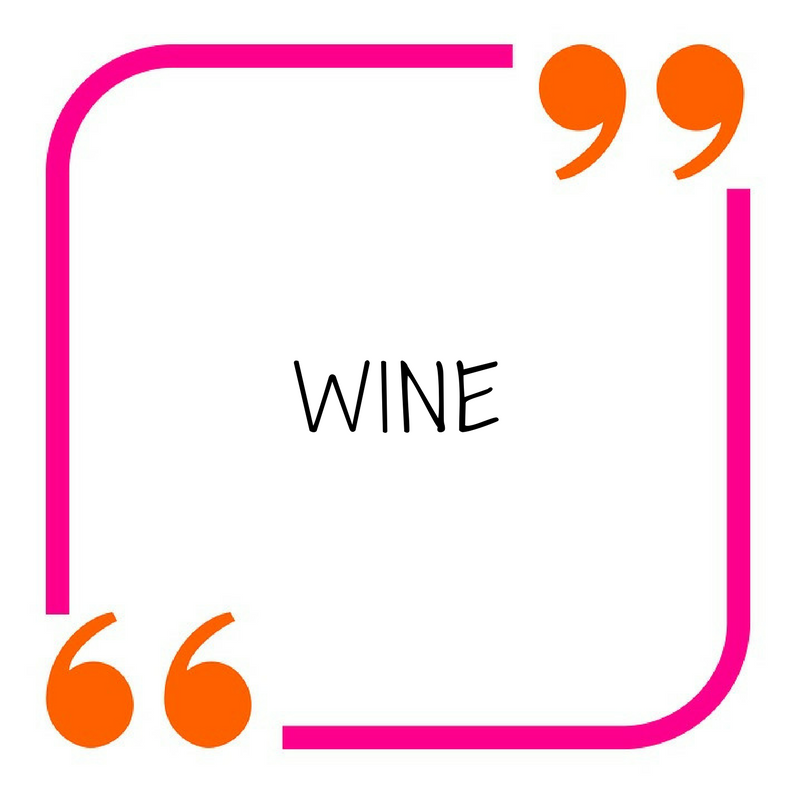 Throughout history, people have hoisted their wine glasses in celebration, in mourning, or just to quench their thirst. Some sources claim that there is evidence of wine production dating all the way back to Georgia (the country) in 6000 B.C., and other archaeologists have uncovered similar signs of ancient wineries in Iran, Greece, and Armenia.

So, for more than 8000 years, people have been drinking wine. It’s safe to say that they’ve likely been talking about it for just as long. Here’s a list of famous wine quotes uttered by equally famous people and a few ideas about what we can learn from these deep-thinking drinkers.

“In victory, you deserve Champagne. In defeat you need it.”

Napoleon rose to power during the French Revolution, staging a coup and then declaring himself emperor before moving on in his campaign to conquer Europe. He eventually abdicated, was exiled, then returned to wage battle (again) before being exiled (again). It was a serious case of ups and downs for the pint-sized military strategist, and it’s easy to see why he might’ve reached for a bottle or two of bubbly along the way.

Lesson learned: You don’t have to be a conqueror to quaff Champagne, but that’s as good a reason as any.

“Alonso of Aragon was wont to say in commendation of age, that ‘age appears to be best in four things – old wood best to burn, old wine to drink, old friends to trust, and old authors to read”

Tell me that everyone’s favorite 1st Viscount St. Alban hasn’t cooked up a picture-perfect scenario: kicking back by the fire with an aged Bordeaux, a good buddy, and an even better book. Sounds great, doesn’t it? Leave it to a 17th-century philosopher to come up with a killer way to spend a weeknight.

Lesson learned: You only get better with age, and so does most wine. Not all though. Sometimes you just have to drink it young and save the age thing for your dusty old books and dustier old friends.

“I enjoy cooking with wine, sometimes I even put it in the food.”

This quote has been attributed to several high-profile figures and we’ll probably never know who actually said it, but that’s not really the point anyway. Wine is for cooking and for drinking and for drinking while you cook. It’s a whole conviviality thing. Eat, drink, and be merry, you know? If I were famous, I’d probably want my name on this quote, too.

Lesson learned: You can’t trust any quotes you find on the internet. Oh, and always treat yourself to a glass of wine while you cook. Two glasses if you have to do the dishes (although that’s what children are for, no?)

“We could, in the United States, make as great a variety of wines as are made in Europe, not exactly of the same kinds, but doubtless as good.”

Jefferson was something of a psychic, predicting not just the path his beloved United States would eventually take (to an extent, anyway) but also foretelling the future of the American wine industry. He would’ve loved to see what wine in these former colonies has become – from Virginia to Napa, Columbia Valley to the Finger Lakes, there’s great wine being made, and it’s doubtless just as good.

Lesson learned: Never underestimated the “next great wine region.” When rules are removed and creativity is given free reign, you have all kinds of ingenuity – and Rhone varietals in Paso. 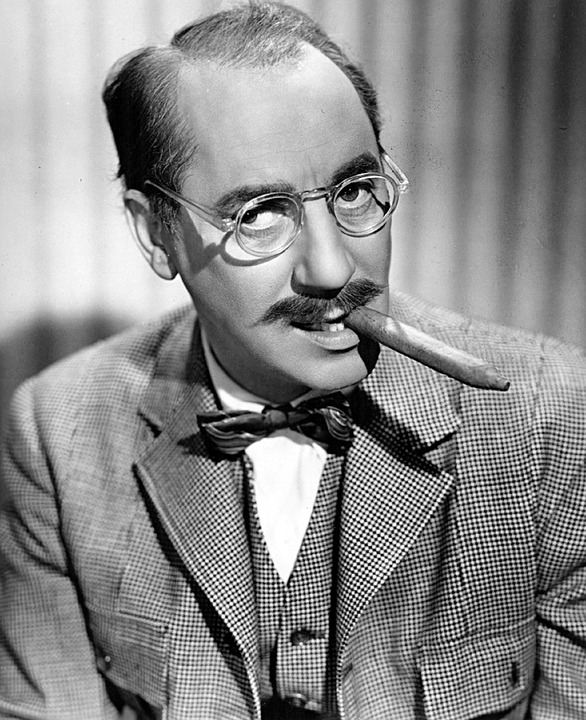 Let’s skip straight to the point… (see below)

Lesson learned: Cellaring is great, but sometimes there’s not better time to drink a wine than the present. Stop saving it for a “special occasion” – your friends are here, everyone’s happy, and that Burgundy is screaming for some fresh air. Do it!

“Behold the rain which descends from heaven upon our vineyards, and which incorporates itself with the grapes to be changed into wine; a constant proof that God loves us, and loves to see us happy!” 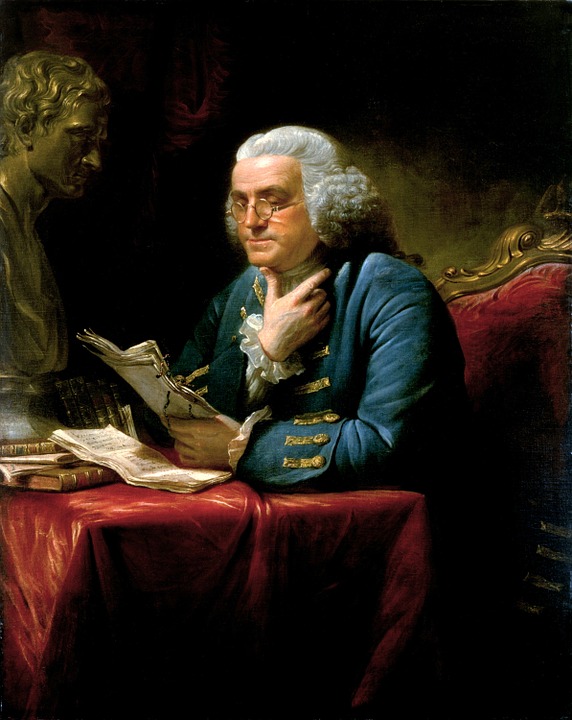 Sorry to be the bearer of bad news, but you know your favorite Ben Franklin quote? The one that goes, “Beer is proof God loves us and wants us to be happy”? Franklin never said it. At least not the version you’ve likely seen on kitschy posters and coffee mugs in gift shops worldwide. The original quote is a little more involved and it’s about wine, too.

Lesson learned: People will dumb down a great quote to fit it on a t-shirt.

“I never taste the wine first in restaurants, I just ask the waiter to pour.”

Aside from her foray into American TV as a chef on the NBC foodie-themed game show The Taste, Lawson remains far more well known in her native U.K.than she is in the U.S., but what you really need to know is that she is entertaining and a total hedonist. Her recipes are no-holds-barred mouthgasms and her love of wine is well-known. It stands to reason, then, that she would drink what she’s given and be happy about it.

Lesson learned: It’s easy to be overly precious about wine. Very few bottles every get sent back and you’ll likely look like a bit of a twat if you snip, sip, and swirl your $20 bottle of Merlot for ten minutes before you shake your head yes or no. Drink up – if it’s bad, you’ll find out pretty quickly anyway.

Lesson learned: We’d argue that wine does both. Enough said.

“Making good wine is a skill; making fine wine is an art.” 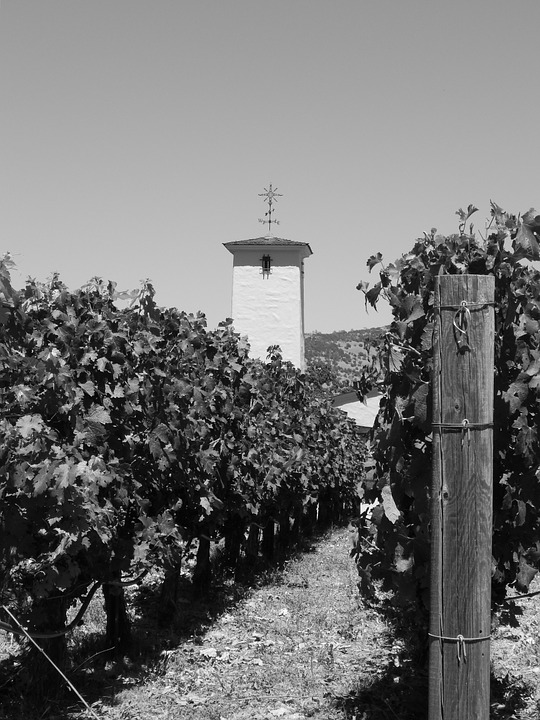 Mondavis was a master winemaker, vision vineyard owner, and the man who made Napa Valley what it is today. When he spoke about wine, people listened, and you should too. You can go to school to make wine these days, and you can certainly follow a formula that will turn out some easy, drinkable juice, but fine wine truly is an art. From field to harvest to fermentation to bottling, the incredible people who work so hard behind the scenes to create the best wines in the world are in the same league as Michaelangelo or Mozart or Rembrandt.

Lesson learned: For all that I rail against pretention, there’s a reason why wine lovers take a moment to close their eyes when they sniff or sip a glass of wine for the first time. It’s a show of respect, not just for the grapes but for the craft itself. Salut! 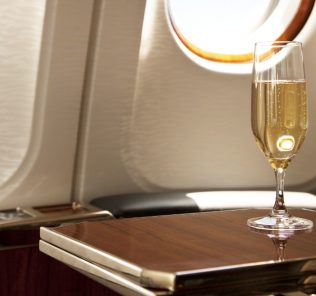 Why Food and Wine Taste Different on Airplanes
Read More
990 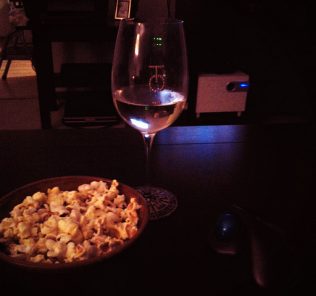 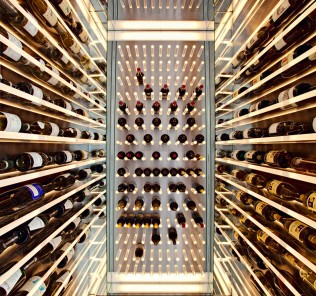 Drink to Your Health: 3 Ways Wine is Suprisingly Good for You
Next