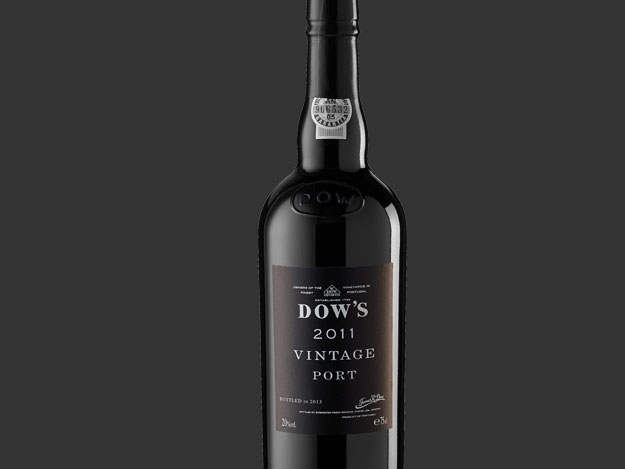 While millions of women worldwide waited with barely concealed anticipation to see this year’s list of People magazine’s Sexiest Man Alive, wine lovers were on the edge of their seats too, longing for even a quick glimpse at a much different kind of list.

For many oenophiles, Wine Spectator's yearly Top 100 list is an annual ritual, a chance to lust over a carefully selected crop of delectable, mouthwatering wines, each one guaranteed to make you salivate in a shameless, uncontrollable, heart-racing sort of fashion.

Each selection is a revelation, a chance to reaffirm your love for a bottle or score an introduction to the new beauty on the block, and often there’s a surprise or two that shifts your perspective, offering a much better endorphin spike than any half-dressed movie star (OK, almost any…).

This year, the number one spot was nabbed by an unexpected yet classic selection:

Every year Wine Spectator editors gather together, tasked with the rather enviable job of whittling down a master list of thousands of wines to a select few – 100 to be exact – that represent the previous year’s best in show. This year’s selection process began with 18,000 wines, each tasted and rate for, according to WS itself, “a singularity and authenticity we call the X-factor.” Such ambiguity criteria-wise has come under fire from critics and producers alike in the past, but it cannot be denied that winning a place on this widely read list does a bottle good. Following the release of the list each year, sales of the chosen few almost always spike – if you can get them, that is; many selections have small production numbers or have been featured by various industry publications or noted critics earlier in the year, whatever is available on the market having been subsequently snapped up by collectors or consumers long before the Top 100 sees the light of day.

The big eyebrow raiser this year was the winning wine. Dow’s 2011 Vintage Port silently slid into a spot that often goes to wines from bigger producers, more popular regions, or made from statement-making varietals. These “big boys” are the ones that seem to get broader attention, and while you might not call the Top 100 predictable – whether calculated or coincidental, it has had its fair share of interesting entrants over the years – it’s unlikely that many people were expecting a Port to be declared king.

Agree with the decision or don’t, but the broad appeal and powerful complexity of this offering from Dow cannot be denied.

Rated a stunning 99/100 by Wine Spectator and 98/100 by ratings guru Robert Parker, Dow’s 2011 Vintage Port comes with a fair amount of expectation – and speculation – long before corks are even close to being popped. Still, the proof is in the palate, and the general consensus is that it doesn’t disappoint. Wine & Spirits (97 points) says, “Dow’s Vintage is often on release, a kernel of impacted flavor. This vintage is more like a perfect sphere. All the elements are there, from plump, superripe fruit to polished schist tannins, suspended in a round, complete integration that refuses to break apart. Smoky, bright, luscious and bold, it’s a wine that’s easy to imagine being still fresh and complex at 50 years old, and it’s not a reach to believe it will live well to 80 or 100. This is a blend of Cima Corgo fruit from Bomfim and Duoro Superior power from Senhora da Ribeira. Parker’s tasting notes are no less adulatory, ending with a rather definitive, “This is Dow at its best.” Forget Ryan Gosling — how can you not drool over a description like that?

So, what’s an eager oenophile to do when this award-winning wine is all but sold out (There are some available by auction, if your pocketbook allows.) and yet your palate yearns for a drop, a sip, anything for just a taste? As mentioned, 2011 was a banner year for Portuguese wines, in particular from the Douro, and there are plenty of other more accessible tasty treats just waiting to keep you company on a cold winter’s night. Check out our list here, but try, try, try to find the standout Dow’s 2011 Vintage Port in a pub, restaurant, wine bar, or fellow aficionado’s home near you. In our opinion, the occasion flaw aside, the WS list doesn’t lie – and neither will your taste buds.

What’s your opinion on the Wine Spectator Top 100? Did this year’s list miss the mark? And for those of you who have grabbed a taste of the #1 wine, tell us – does it live up to the hype?

7 Course Thanksgiving With Wine Pairings
Next