When people ask me what I’ve been drinking lately, they almost always seem shocked when I don’t start listing off Grand Cru Burgundy or cult California Cabs. The truth is, somms definitely love those wines but they’re not what we reach for every day. We know they’re going to be delicious and they’re well worth the occasional splurge, but just like I keep my diamonds and Louboutins for special occasions (you know, the kind that only happen in my dreams), I keep the high-end juice in the back of the wine fridge just waiting for the right moment.

In the meantime, most of my wine is on the low end of single-digit territory and I’m quite happy living there. In fact, I like to share the wealth (or lack thereof, as the case may be) by passing on a few of my current favorite bottles that retail for under $10.

Let’s start with some reds, shall we?

Okay, bear with me here. Yes, it’s a “grocery store” wine. Yes, it’s cheap. But if those two things automatically make a wine bad in your eyes then you have some seriously rethinking to do. This Shiraz is bright and juicy with a ton of balance between the fruit, spice, and oak. It’s also ridiculously consistent. Yellow Tail strives to make a softer-style Shiraz that appeals to a wide range of palates and it’s safe to say that they’ve succeeded.

Wine country in California is basically dissected by the 39th parallel, hence this winery’s name. Like many California Pinots, this wine is fruit-forward and herbaceous, but the finish is more delicate then you might find in some of the other area offerings. This bottle practically demands lamb chops or a grilled pork tenderloin with chimichurri.

We don’t drink enough Cote du Rhone in the U.S. Is it the slightly odd name? Unfamiliarity with the varietals? Concerns over price? Maybe a combination of all of the above. Whatever the reason, we should cut it out because CdR is delicious and it’s very versatile. The 2013 vintage wasn’t an easy when in the Rhone but carefully work turned slow-developing grapes into this round, fruit, and beautifully expressive. I love it paired with grilled goodies, especially simple kabobs with a little good olive oil and charred veggies.

Beaujolais Nouveau is much more than just a wine – it’s an event. On the third Thursday of every November, producers in the Beaujolais region of France release their highly sought-after bottles of Gamay. As dictated by law, the grapes are all hand-harvested and come from the Beaujolais AOC. Production is all about carbonic maceration which creates the signature BN style of fresh, fruity, “uncomplicated” wine. This Duboeuf is a Villages bottling which is made in smaller quantities and tends to edge out the competition in terms of quality. It’s undeniably light but far from flighty. Think bright and slightly tart raspberry and cherry with a touch of anise. Yum.

As people continue to catch on to the magic of Chilean wines the prices are just going to keep rising, but for now (and hopefully for a long time) there are still great values to be had. This blend (it’s 53% Cab Sauv with some Merlot, Syrah, Petit Verdot, and Carmenere) is a little shy at the outset, teasing with juicy blueberry and the soft scent of violets before widening to include both red and black fruit as well as spice and cocoa.

South African wine gets a bad deal. I swear, it’s not all funky Pinotage. First of all, there are some stellar sparkling wines in SA but there are also eyebrow-raising reds, like this Wolftrap. You’ve got the inky dark fruit, violets, and licorice you’d expect from a Sryah/Mourvedre blend but the curve ball is the 2% Viognier that’s made its way into the mix. That added bit of perfume and soft body makes this wine all the more intriguing and we’re all better for downing a bottle.

This 2015 Tarima is 100% Mourvedre, or “Monastrell” as they call it in Spain. It’s startlingly aromatic, especially for the price point and it’s every bit as rich and bold as the 15% ABV would suggest. The black fruit within is so dense its almost chewy and there’s a smoky quality that screams out for acorn-fed jamon, salchichon, or lomo. Add in a salty chunk of manchego and you still probably haven’t hit $20.

There is something enchanting about Italian wine, especially those produced in Tuscany. I wouldn’t even call Tuscany my favorite region but there’s no denying that opening a bottle from those rolling hills is a transportative experience. Maybe it’s the bouquet of fresh herbs, maybe it’s the way the sweet-tart flavor perks up my palate, maybe it’s that I like to drink it with a rosemary-rubbed steak topped with an arugula and parmesan salad drizzled with really good balsamic. Maybe it’s all of that and more.

One reason a lot of wine snobs shy away from cheap bottles is because they assume the wine is going to be thin, overly acidic, and/or unbalanced. That certainly does happen from time to time but it’s far from the norm. This Malbec proves it. It’s rich but not weighty, supple and easy to drink, and the notes of chocolate and vanilla that play peek-a-boo with the fruit make this an approachable choice for relative newbies.

In many ways, Bogle is a winery situated in a weird place making kind of weird wine. Don’t get me wrong, the wine is delicious – that’s why it’s on this list, after all – but you don’t see Old Vine Zin blended with Syrah, Cab Sauv, and Petite Sirah every day. Maybe we should, though, especially if it’s blended with the same skill as was used to create this Essential Red. Think rich, dark fruit infused with herbs, slightly bitter chocolate, and sweet smoke. It’s big, it’s sexy, and the mouthfeel is opulent.

Alana Luna
Alana is a freelance food and wine writer currently living in Las Vegas, NV. She is a lifelong hospitality enthusiast, having been born into the industry and raised in restaurants (and perhaps the odd bar or two…). Prior to writing full time, Alana worked on the Las Vegas Strip where she was lucky to learn from some of the leading wine professionals in the world while tasting some of the very best bottles wine country (in the broadest sense of the term) has to offer. Above all, she believes in the power of a really good story, and stories involving food and wine are her very favorite tales to tell.
You might also like...
CaliforniaChileWine
MORE
Read More
320 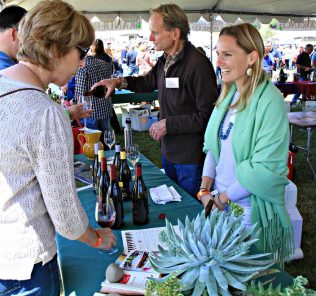 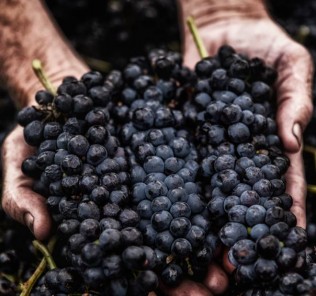 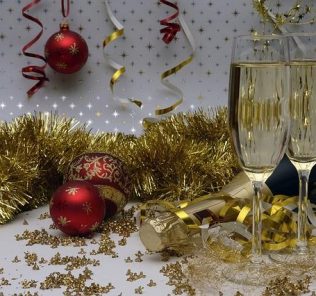 Drop the Cheddar! Ten Arrested in Wine and Cheese Bust
Next